Welcome to my new homepage!

05/03/2017 18:56
8 years my old homepage served me well but it finally really needed to be redone and I do hope you will enjoy the makeover.
Since so much have happened during the last few years I will only give you a brief overview of what has been going on lately …

A little more than a year ago

I had my 50th birthday and I must say that the time after that has been very exciting. Most important and wonderful is of course the birth of my fifth child, my first daughter in February 2016 but I have also experienced a lot of interesting and satisfying events as composer.
Most noticeably among them are the many performances and Bären reiter Verlag’s release of my “Missa Popularis” for SSA(TB) with string quartet or string orchestra.
It started in Poznan, Poland, in November 2015 with a second performance by Chór Dziewczęcy Skowronki  conducted by Alicja Szeluga – the ensemble who also commissioned and premiered the mass in April. You can hear
Skowronki’s first performance of the mass here on Bärenreiter’s YouTube channel:

Then they included the “Gloria” movement in their concert tour to the USA, a tour crowned with a concert in Carnegie Hall, New York.

Then in 2016 Missa Popularis got on a small European tour:

The mass got its German premiere and its string orchestra premiere when being performed by Mädchenchor am Kölner Dom, 100 girls conducted by Oliver Sperling in Pentecost mass at a full up Cologne Cathedral in May.
https://www.domradio.de/video/pontifikalamt-am-pfingstsonntag-0
They also performed it again one week later as a part of the Festival Musica Sacra Nova in Brauweiler Abbey, Pulheim, Germany.
The English premiere and also the premiere of its version for mixed choir followed in May when Chantage conducted by James Davey performed in celebration of the Patronal Festival for St Dunstan-in-the-West, London.
Then the mass finally got its Swedish premiere in June when performed two times in Linköping are by Linköpings Damkör, conducted by Hans Lundgren.
As a great finish it got it’s Latvian premiere alongside with the premier of the SSA and string quartet version of Vallåt och vals in a concert in St Gertrude old church, Riga in December. Vocal Ensemble Putni performed and concert was broadcasted on Latvian radio, LR3
http://klasika.lsm.lv/lv/raksts/latvijas-koncertzales/vokala-grupa-putni-aigars-reinis-un-spikeru-kvartets-rigas-vecaj.a80355
I was fortunate to be able to attend all of these performances, except the one in Brauweiler Abbey and I am happy to say that the performances were truly wonderful and it was interesting to see how fairly different they all sounded. I am also thrilled that the mass is the the subject of a doctoral thesis written by Alicja Szeluga and that it will be included in Chantage’s upcoming CD with my music but more about this later…

I received and completed few new commissions:
“Vallåt och vals” for SSA, nyckelharpa and kokle was commissioned for the Latvian vocal ensemble PUTNI for their concert tour “Hildegard and Healing” in Latvia and Sweden in June. The premiere took place in St. John’s Church,  Piņķu, Latvia and the program also included my “Fear Thou Not” for SSMezAA. “Vallåt och vals” was later on rearranged for SSA and string quartett.
“De sancto Pelagio et sancto Theodolo” for SATB div and large symphony orchestra. The piece are inspired by medieval texts about the two saints, texts that are being stored in Basel. Knabenkantorei Basel commissioned the work and the premiere (and an encore) took place in Basler Münster Cathedral, Basel, Switzerland in October. A ver
sion for SATB div and organ is currently being released by Bärenreiter Verlag.
“Ingenting utanför” for SSMezAA was commissioned by La Cappella and I was happy to receive and set to music yet another original poem written for me from Swedish author Einar Askestad. The premiere occurred during the inauguration concert of DAMKÖR 2016 in Uppsala Cathedral, Uppsala, Sweden. The piece was released by  Bärenreiter Verlag in October.
James D. Hicks, Fredericksburg, USA, commissioned “Ein feste Burg ist user Gott” for organ to be included in the next volume of his series “Nordic Journeys”. Mr. Hicks dedication for finding good new and old Nordic compositions for organ is truly amazing and has rendered his a lot of well-deserved recognition and great reviews.

from Bärenreiter Verlag are:
as mentioned “Missa Popularis” for SSA(TB) with string quartet or string orchestra,
”Ingenting utanför / Nothing Beyond” for SSMezAA,
“Missa Brevis in E-flat minor” for SATB – the first recording of this mass was done in March by the professional London based choir Sonoro conducted by Neil Ferris, but the first public performance was made in November in Huddinge Church, Sweden by Huddinge kammarkör under the direction of Hans Ove Olsson,
“De sancto Pelagio et sancto Theodolo” for SATB div and organ,
and “Two Poems” for SATB with original texts from Kerstin Dillmar. The first poem “Triptyk” will be premiered in The Swedish Church in London in March by Chantage, conducted by James Davey http://www.chantage.org/concerts.html and the second poem “Mörklå tillit” was premiered in March 2016 in St Pers Church in Uppsala, Sweden by Stefanos kören under the direction of Barbro Björklund.

there have been many performances of my music and I am very happy to realize that the performances are so many that I can’t keep track of them and that my music now have been performed on five continents after a performance of “A choirmaster’s Burial” in Geelong Australia by Vox Angelica conducted by Tom Healey.
Worth mentioning though are the second performance of “innanför överallt” a mass with original text by Kerstin Dillmar for three choirs, two organs and congregation at a full up mass in Uppsala Cathedral, Sweden in March. The premier of “Mörkblå tillit / Dark Blue Trust” for SATB with original text by Kerstin Dillmar. The piece was  premiered in March in S:t Per Church, Uppsala, Sweden, by Stefanos kören under the direction of Barbro Björklund. The pieced will be published by Bärenreiter Verlag in March in an edition called “Two Poems”. The premiere of “Salve Regina” for SSMezMezAA by the German vocal ensemble LaCappella. The premiere took place in Sweden at Södertälje kammarmusikförening in April.
A serious attempt to cover all the concerts I am aware of are listed in the “Concert” section of this homepage. Please do inform me if you know that my music have been performed in concerts not listed there.
In the miscellaneous category could be mentioned that the professional choir Cappella SF’s CD “Light of Gold”,  where my arrangement of “Lo, How a Rose E’er Blooming” was included, was picked as one of the twelve featured on iTunes’ front page of its “Holiday Music” selections. Cappella SF is based in San Francisco, USA and is conducted by Grammy Award winner Ragnar Bohlin.

project that is about to launch right now though is the London based choir Chantage’s upcoming CD dedicated solely to my choral music.
Chantage -BBC Choir of the year 2006 and winner of Malta International Choir Festival Grand Prix in 2015 – under  the direction of the choir’s founder James Davey recorded the mixed choir version of “Missa Popularis” with a string orchestra during autumn 2016 and will shortly record many of my more acknowledged a cappella pieces.
You can soon preorder your copy on Chantage’s homepage:  http://www.chantage.org/

I just want to add that I am truly grateful to all of you who perform my music and listen to it and I would really be delighted if you took contact with me regarding performances, commissions, general questions etc.
To this, I am very pleased with the ongoing collaboration with Bärenreiter Verlag. They have helped tremendously to spread my music and being published by them have opened many doors.
Warmest Regards
Mårten Jansson
PS  If you want to hear some of the pieces mentioned above then just follow this link to Bärenreiter Verlags YouTube channel: https://www.youtube.com/watch?v=Ubksy6_w4e4&list=PLh-AUh-Pv3D4402xWPQ10IYfw9MpttScD 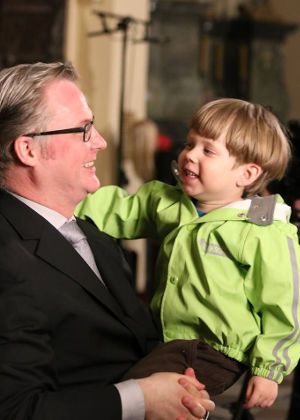 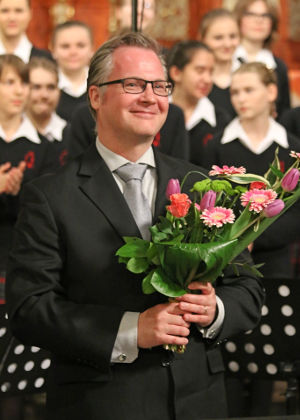 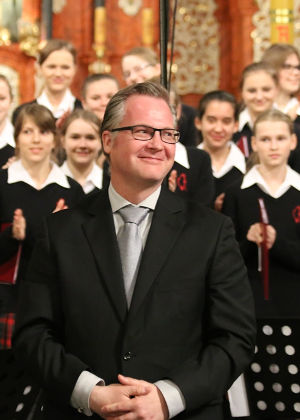 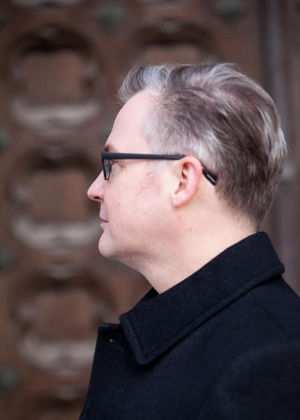